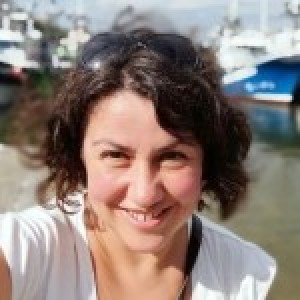 Iraide Ibarretxe-Antuñano is Professor of Linguistics at the University of Zaragoza, Spain and Fellow of the Academia Europaea. She received her PhD from the University of Edinburgh in 1999, and completed post-doctoral training at the University of California, Berkeley, U.S.A. (1999-2001) and the University of Deusto, Spain (2001-2003). After a short time at the University of the Basque Country (2001-2003), she went to the University of Zaragoza, where she teaches General Linguistics since 2003. She worked as an invited researcher at the International Computer Science Institute, Berkeley, U.S.A. (2000-01) and the Max Planck Institute for Psycholinguistics, Holland (2002). Her work focuses on the relationship between language, cognition and communication from a typological and psycholinguistic perspective. She has published extensively on issues related to the biocultural bases of multimodal language conceptual motivation and processing, especially in topics retaled to semantics (polysemy, metaphor, lexicalisation) and iconicity (ideophones) from a theoretical as well as applied perspective. Along with numerous articles in national and international journals, her most recent book include among others Lenguaje y Cognición (Sintesis, 2021, Valenzuela), Lingüística cognitive y español LE/L2 (Routledge, 2019, Cadierno/Castañeda, Premio AESLA de Investigación 2020), Cognitive Linguistics and Translation (Mouton, 2013, Rojo), Lingüística Cognitiva (Anthropos, 2012, Vañenzua), Language, Mind, and the Lexicon (Peter Lang, 2007), and Sound symbolism and Motion in Basque (Lincom, 2006). Keen on popular science and social outreach, she imanages Zaragoza Lingüística a la Carta, a multimedia repository on language talks, writes in Revista Archiletras and Ciencia Cognitiva, and participates in popular science events (LaNochedeLosInvestigadores, Pint of Science) and mass media (Aragon Radio, Tercer Milenio, RNE).