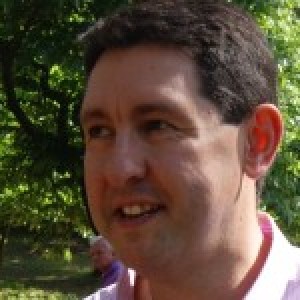 Javier Pérez-Guerra holds a PhD in English linguistics from the University of Santiago de Compostela, with a dissertation, supervised by Teresa Fanego, on thematic variation in English, and in December 2000 he obtained a position as tenured Senior Lecturer (Associate Professor) at the University of Vigo, where he coordinates the research group Language Variation and Textual Categorisation. This has received funding from the Spanish Ministry of Economy and Competitiveness (grants BFF2001-3505, HUM2005-02351, and FFI2009-11274) and the Directorate General for Research, Development and Innovation of the Autonomous Government of Galicia (grants INCITE 08PXIB204016PR and CN2012/294).

Javier was the supervisor of the PhD dissertations of Victorina González-Díaz, Rosalía Rodríguez-Vázquez, David Tizón-Couto and Beatriz Tizón-Couto, and is currently supervising the PhDs of other postgraduate students at the University of Vigo. He has organized several national and international conferences, including the Second International Conference on Late Modern English (November 2004), the First Vigo-Newcastle-Santiago-Leuven International Workshop on the Structure of the Noun Phrase in English (October 2009), the 28th International Conference of the Spanish Association for Applied Linguistics (AESLA; April 2010), the International Workshop ELLIPSIS2012: crosslinguistic, formal, semantic, discoursive and processing perspectives (November 2012) and the International Conference Englishes Today 2013 (October 2013). He is also heavily involved in journal editing: he is the Review Editor of Folia Linguistica and between 2005 and 2008 he was one of three editors of SEDERI, the yearbook of the Spanish and Portuguese Society for English Renaissance Studies. Over the years he has held visiting positions at the Universities of Manchester, London, Edinburgh, Oxford, Helsinki, MIT, Princeton, Cornell, California at Santa Barbara, Illinois at Urbana-Champaign, Georgia, Liverpool, Wolverhampton, Cambridge and Kent.

Javier’s main areas of specialization are information packaging in the clause; Biber’s multidimensional model of register analysis as applied to earlier periods of English; the study of grammatical variation between Early Modern and Present-day English by means of computational techniques; and the impact of performance preferences and ease of processing on the design of grammars.

In March 2012 it was announced that Javier had passed the ‘habilitation’ exam qualifying him for promotion to a chair in English Linguistics.