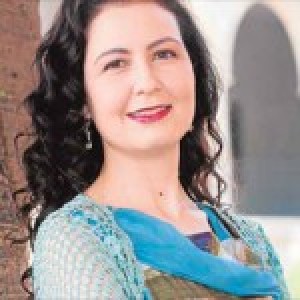 Her main research field is Foreign Language Teaching from a cognitive perspective. She applies the findings of theoretical and empirical research from Cognitive Second Language Acquisition –specifically processes, types of knowledge and their sequencing– to foreign language teaching materials (mostly English as a Foreign Language). Her application includes the analysis of the content of the materials (prior to their implementation in the language classroom) and of their use (how teachers implement such materials in real language classrooms). Her ultimate goal is to improve the quality of teaching materials and teachers’ pedagogical action so as to optimise students’ linguistic learning from a cognitive perspective.  She is also interested in the application of cognitive parameters to the diachronic analysis of foreign language teaching materials dated from the 19th century onwards.

During the 2009-2015 period she was the co-director of the “Language Teaching and Syllabus Design” Panel of AESLA (Spanish Association of Applied Linguistics) and the director of the “Corpus, Language Acquisition and Teaching” Panel of AELINCO (Spanish Association of Corpus Linguistics). From 2010 until 2013 she was Editorial Assistant of the International Journal of English Studies (IJES). From May 2016 until May 2018 she was a member of the Scientific Committee of AESLA in charge of evaluating the works submitted for the AESLA Research Awards.

From 2009 she has participated in research projects funded both at national and regional levels. She was the Principal Researcher of the Research Project “Design and validation of a tool to categorise pedagogical activities in terms of explicit and implicit teaching within ELT”, funded by the Spanish Ministry of Economy and Competitiveness (FFI2013-44979-R), from 2014 to 2017. Currently she is a member of the research team of the poroject entitled The language learning potential of L2 writing: attentional processes, individual differences and liinguistic development, funded by  the Spanish Ministry of Economy and Competitiveness (FFI2016-79763-P) and whose IP are Dr Rosa Manchón and Dr Julio Roca de Larios (University of Murcia, Spain).